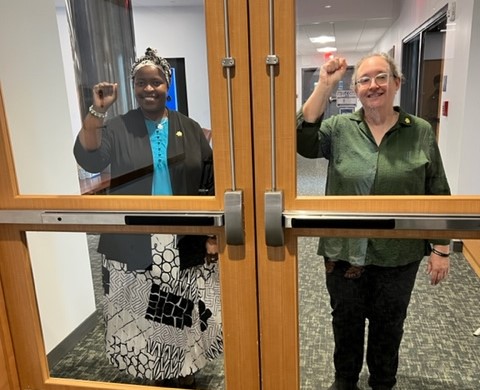 New Haven, CT – In the Catholic Church, St. Matthew is the patron saint of accountants. He was originally called Levi; however, this follower of Jesus took the name Matthew – the gift of God – when called to be a disciple.

Paula Danforth, a finance specialist from Fair Haven, VT, has followed in her patron’s footsteps, choosing to follow God’s call to enter the Dominican Sisters of Peace in a July 14, 2022, ceremony.

Paula worked in the Finance Department of the Slate Valley Unified Union School District, Fair Haven, VT, for more than five years. She began to attend retreats at the Dominican Retreat and Conference Center in Niskayuna, NY, where she met members of the Dominican Sisters of Peace, who founded and still run the Center.

“I found myself inspired by the ability of the sisters to respond to the needs of the times,” Paula said. “I wanted to be a part of a community that was open to change.”

Paula holds a degree in Business Administration from Castleton University in Vermont and believes that her professional and spiritual skills will be of use to the Congregation and its mission for peace.  “I have always belonged to God and have a strong desire to use my Spirit-given gifts to serve God’s people,” she says.

Like many of the young women who have entered the Congregation in recent years, Paula was attracted to the obvious joy of the women who are part of this religious community. “I saw their joy and passion for their ministries,” Paula said.

Paula is the daughter of the late Warren and Rejane Danforth. She has four siblings: Carol Saltis, Susan Beayon, Cathy Genier, and Brian Danforth, and one adult daughter, Janelle Cahee. She grew up in the Our Lady of Seven Dolors parish in Fair Haven, Vermont. She plans to continue her professional practice in school finance or accounting while living at the Dominican Sisters of Peace House of Welcome in New Haven, CT

The Dominican Sisters of Peace have an active Vocations and Formation ministry, with four women candidates, two Sister Novices and four having taken Temporary Vows.

To view a copy of her Entrance Ceremony program, click here. 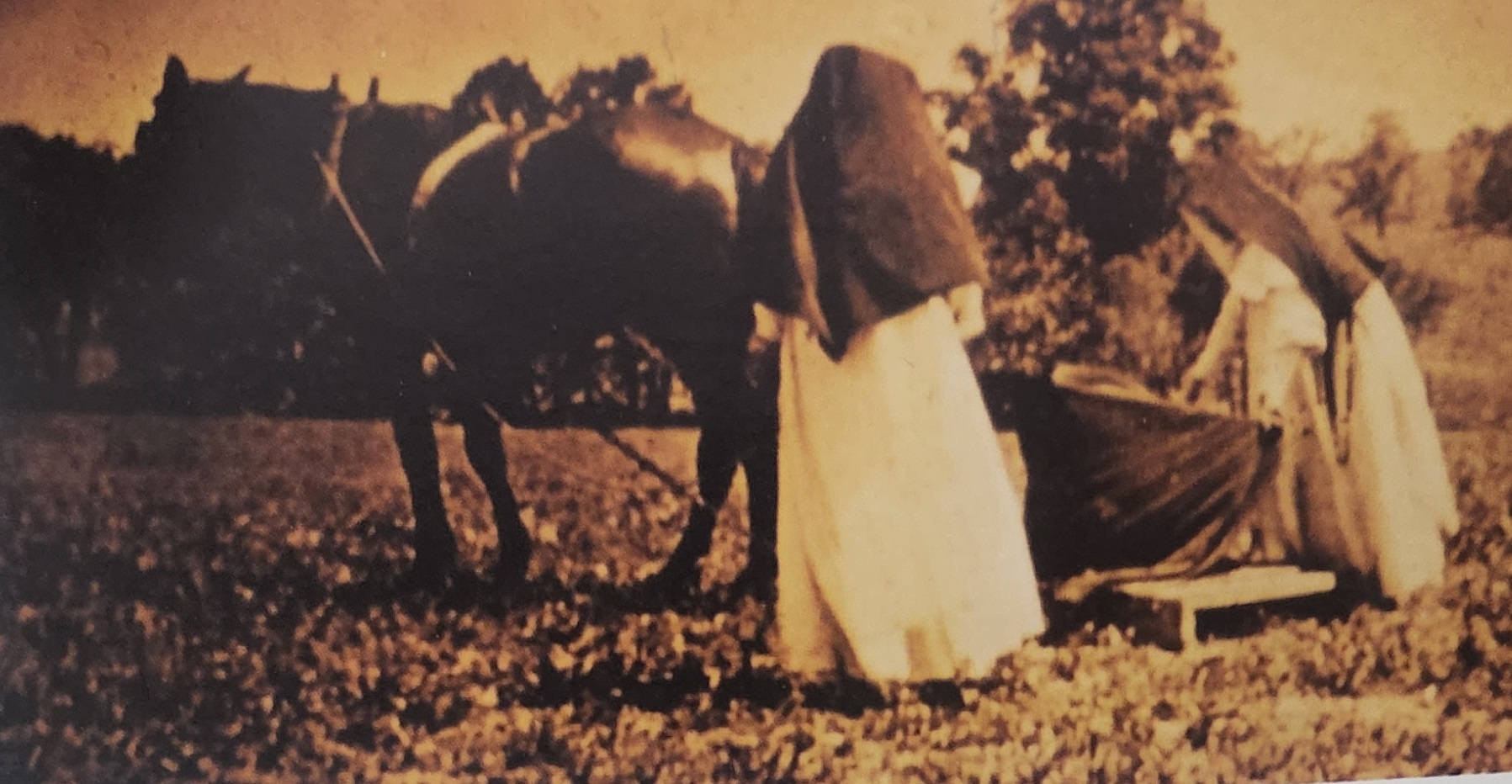 Early Work of the Dominican Sisters

The courageous women who first wore the Dominican habit encountered many challenges in their early years. Their schedule alone was quite demanding, waking at midnight to pray, then up at five each morning for prayer, meditation, Mass, more prayer and study, and the work of the day. The daily work of the Sisters included gathering firewood, tilling the land, making clothing from flax and wool, and doing the construction and repairs needed to convert the property’s old stillhouse into their first school – and then they took classes from the Dominican Friars to prepare to become educators themselves! Gratefully, the Sisters received special permission to change their hours for prayer to prevent sheer physical exhaustion from fulfilling their goals.

The Dominican Sisters lived in the one-room convent at Bethany for about a year. At the death of their parents, the Sansbury sisters, Angela and Benvin, inherited 106 acres with three buildings, which of course became property of the Congregation. Their new home boasted three rooms: the chapel, a kitchen with dining area, and a room for work and study, with a loft for sleeping. This land along Cartwright Creek, called Sienna Vale, is known as the cradle of Dominican Sisters in the U. S.

A drawing of the original Bethany Cabin.

In August 1823, the Dominican Sisters opened St. Mary Magdalen Academy to fifteen young women. The students brought provisions intended to last for the entire school year, however, the Sisters needed to farm the land to continue to feed the students and themselves.

The founding Sisters worked in the fields, taught school, wove their own cloth for their habits, made soap, and preserved fruits and vegetables.

The academy was successful and grew. The Sisters also began teaching young boys before those twelve and older “graduated” to the St. Rose school run by the friars. But as the number of students grew, the Sisters realized that they would need to build a new school building. This caused the Congregation to incur a substantial debt, which was disturbing to the Friars. The Friars considered dissolving the Congregation and selling its land assets to pay the debt, but Prioress Angela Sansbury would not hear of it. With the support of the community and much prayer and hard work, including making and selling soap, candles, and cloth, the Congregation was able to pay their debt.

In 1839, the Sisters were incorporated as the Literary Society of St. Mary Magdalen. As the number of Dominican Sisters grew, they expanded their mission of education. The Dominican Sisters eventually opened more than 100 schools across the United States, Puerto Rico, and Vietnam.

Please click here to see this article as published in the Springfield Sun, Springfield, KY. 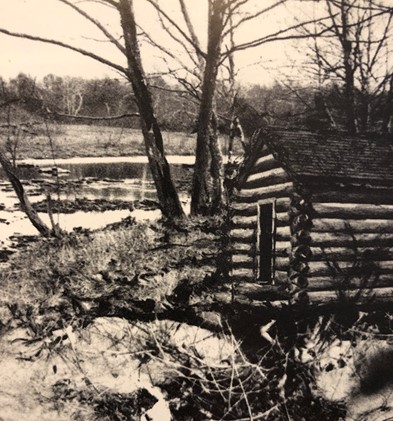 St. Dominic was a traveling friar who shared his deep contemplation of the Gospel with others through his preaching. His Order of Preachers (OP) was formally designated by Pope Honorius III in 1218. Dominic wanted the friars, and soon the sisters of the order, to preach the truth of the Catholic faith. By his example, men and women Dominicans live in community and preach through their active involvement with others.

In the early years of our nation, many Catholic families migrated to Kentucky from Maryland in the late 1700s, and most settled in areas where they could continue to practice their faith. Central Kentucky became known as the new Holy Land as Catholic monasteries, convents, and schools sprang up around the area. By 1798, the little log church of St. Ann in Washington County was established. The parish quickly grew too large for this building, and on Christmas Day 1809, Dominican Fathers Fenwick, Wilson, and Tuite, blessed and opened a much larger brick church, St. Rose of Lima, just two miles away.

St. Rose of Lima provided spiritual care for twenty-three hundred souls and became the cradle for Dominican Friars in the United States. These friars founded the first seminary in the United States, a school for boys, the first Catholic college west of the Alleghenies, then turned to women to join the mission of the Dominicans.

In February 1822, Father Wilson invited young women to form a community of Dominican Sisters; nine women became candidates. On Easter Sunday, 1822, seven of these women, including Mariah Sansbury, who took the religious name Angela, were formally received into the Order of Preachers. Angela Sansbury was the first woman in the United States to receive the habit, and she, like those others who entered religious life that day, was part of a group unique in the Dominican order. These Nuns were not cloistered behind convent walls like their Sisters in Europe but called to lead active lives in their community and share the mission of the Dominican Friars – to respond to the needs of the world and the time.

In August, six more women joined the order. Their first mission would be to follow the prayer schedule of the friars and instruct girls. These pioneer women began their lives as Dominican Sisters in a log cabin named Bethany on the grounds of the Saint Rose Farm belonging to the Friars. This new community took the name of the Convent of St. Mary Magdalen, and Father Wilson appointed Judith McMan, a married woman from Cork, Ireland, as superior over the first candidates.

It was soon after that the Sisters moved to the Sienna Vale, near Cartwright Creek. Angela Sansbury and her blood sister Elizabeth, who entered religious life with the name  Benven, were the beneficiaries of their mother’s estate, which of course was passed on to the Community. These assets included land, a large log cabin, a still house, and farm animals, which the Sisters raised to help support the fledgling Congregation.